This course addresses the ethical dimensions of economic theory. The first part of the course focuses on different ways that economists have sought to model human motivation and action. The second part examines economic approaches to analyzing public policies and political institutions.

This course examines the writings of two of the 20th century’s most influential political theorists: F.A. Hayek and John Rawls. Readings include Hayek’s The Constitution of Liberty and Law, Legislation, and Liberty and Rawls’ A Theory of Justice and Political Liberalism.

This course explores core concepts and puzzles at the intersections of philosophy, politics, and economics. Students examine the conceptual and methodological foundations of economics and investigate the rationales for property rights, the division of labor, markets, and the price system. Students also grapple with questions having to do with exploitation, distributive justice, environmental degradation, economic efficiency, and government failure. (Also offered as PHIL 089 – First Year Seminar in Philosophy, Politics, and Economics.)

PHIL 160 – Virtue, Value, and Happiness: An Introduction to Moral Theory

PHIL/ECON/PA 205 – The Ethics and Economics of Wealth Creation

This course explored the institutions that have enabled some societies to lift themselves out of poverty and achieve unprecedented wealth. It also raised questions about whether the outcomes of economic processes are “fair” and how societies should respond to the fact that many citizens and groups have not shared in the prosperity generated by global economic development.

PHIL 220 – The Philosophy of Happiness

This course considered competing philosophical accounts of the nature of happiness and investigated the roles of material prosperity and personal freedom in a well-lived human life.

This course introduced key concepts in ethics and applied them to challenging issues in the domain of business, including consumer safety, environmental impacts, and workplace conduct.

This course examined the emergence of environmental concerns in the 19th and 20th centuries, explored the roles of institutions and incentives in both generating and resolving environmental problems, and considered a number of challenging real-world case studies that pit critical values against one another.

This course investigated key issues at the intersection of ethics and law, including questions about the moral duty to obey the law and the purpose and justification of legal punishment. 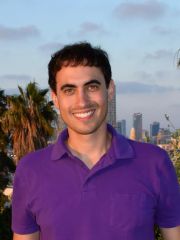